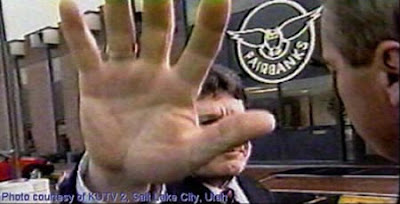 Fairbanks Capital, based out of Salt Lake City, Utah is a Mortgage Loan Servicing Company that purchases mortgages from other Lending institutions across the Country. They are the tenth largest Loan Servicing Company in the United States. Rip-offReport.com has received over 3,000 emails and 440 reports from consumers in every state that have been victimized by Fairbanks Capital Corp.

Many of these victims claimed to have lost their homes to fraudulent foreclosure, others have been forced to file Bankruptcy in an attempt to save their homes from Foreclosure. Fairbanks Capital has become notorious for one thing, stealing homes. We believe that Fairbanks Capital has developed a very keen scam of illegal and unethical Business practices to lead homeowners into Foreclosure.

Among the many accusations made by homeowners, these scams seem to be Fairbanks favorites:

· Charging late fees when payments where received on time
· Claiming 'lost' payments
· Demanding payments that have already been made
· Improper use of escrow funds, or even 'losing' escrow funds
· Placing accounts in collections when they are current
· 'Forced -placed Insurance' when homeowners already have proper coverage
· Placing payments into a suspense account instead of crediting as monthly payment
· Taking unauthorized payments from consumers checking accounts
· Demanding payment for 'Corporate Advance fees' without written explanation
· Foreclosure proceedings on accounts that are current

Sources tell Rip-off Reperot that (according to the national average) if Fairbanks Capital charges 30% of their customers a late fee 6 times per year, they will make an additional gross income of approximately $40,300,000.00 annually.

As you can see, being in the 'Foreclosure Business' is very profitable. Local news station KUTV2, in Salt Lake City, Utah attempted to talk to officials at Fairbanks Capitals main headquarters. Many homeowners are taking a stand to stop Fairbanks Capital from continuing fraudulent Foreclosures. There are now over 600 lawsuits filed against Fairbanks Capital across the Country, many of them are class action suits.

Fairbanks Capital is owned and operated by The PMI Group, a publicly-traded corporation (NYSE: PMI), that is a worldwide provider of Private Mortgage Insurance. They are also a major contributor to the highly respected Non-profit organization
Habitat for Humanity. This organization is dedicated to providing quality and affordable housing for the poor.