Eggs is Eggs Right? Not in the UK 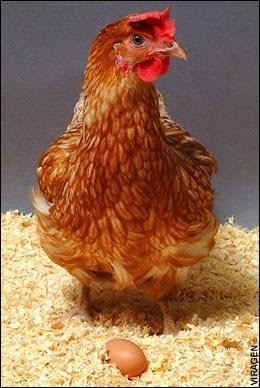 British consumers are eggstremely conscious about where their food comes from. (Way more so than Americans who like not to think of such yukky subjects).

So - Big thumbs down to GMOs (Genetically Modified foods), and a rather hard stare (ala Paddington Bear) to those who farm animals with disregard to their comfort and safety. So imagine the horror when it is revealed that the purchasers of ‘animal-friendly’ eggs, supposedly from Free-Range chickens turns out to be just the usual mass-produced crud from the despised battery farming methods (cramped cages, de-beaking, chemical feeds, miserable life cycle).

Anyway, here’s the story from the Newcastle, UK based Northern Farming Journal

Egg sales scam is much bigger than feared

A scam involving eggs laid by battery hens in Europe being sold as free-range or organic in UK supermarkets is 10 times bigger than previously feared.

Consumers may have been duped into paying higher prices for more than 500 million mislabelled eggs over five years.

Investigators from Defra are continuing their investigation into the scale of egg fraud in Britain, although they stressed that they do not believe mislabelled eggs are still being traded. However, free range egg producers in the North-East said it was important that the fraudsters were caught and brought to justice.

“So you can be sure that at Sunny Hill Eggs all of our eggs are produced and marketed according to strict Lion Code and Freedom Food Practice and at Sunnyhill all of our hens are happy hens.
Posted by CL Scam Buster at 1:00 PM